This year DocLogix has been recognized as one of the best solutions for information and document management in Europe in the prestigious “European IT Excellence Awards”. Large and medium-sized companies from 25 European countries participated in the competition. The total number of applications submitted was more than 200.

The jury selected the best solutions and awarded them at the official ceremony in London.

DocLogix participated in the awards with large and recently completed project where document management system was installed in the Ministry of Internal Affairs of the Republic of Lithuania and its subordinate institutions. DocLogix solution became the finalist in three categories: Information & Document Management, Government/Utilities Solution, and Public Sector and Utilities Solution of the Year.

“System implementation in the Ministry was one of the biggest projects in the company‘s history. Unified document management system is now accessible to almost all subordinate institutions of the Ministry; the total number of users exceeds 4,000. The new system helped to transfer most of the document related processes to the electronic environment, therefore the process of agreeing on documents became faster, costs were reduced, and operational efficiency increased.” – said Jaroslav Gil, CEO of DocLogix. According to the head of the company, project was successful in the international competition, because of its scale and complexity, which is unique not only in Lithuania, but also in the European context.

“European IT Excellence Awards“ are most important pan-European awards that recognize real world IT solutions. DocLogix has already participated in this competition. In 2011, DocLogix solution became the winner in the category of Information Management for the implementation of document management system is in bank “Swedbank“. In 2010, DocLogix solution was among the finalists. 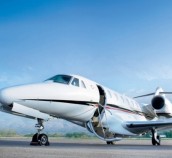 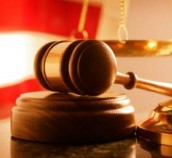