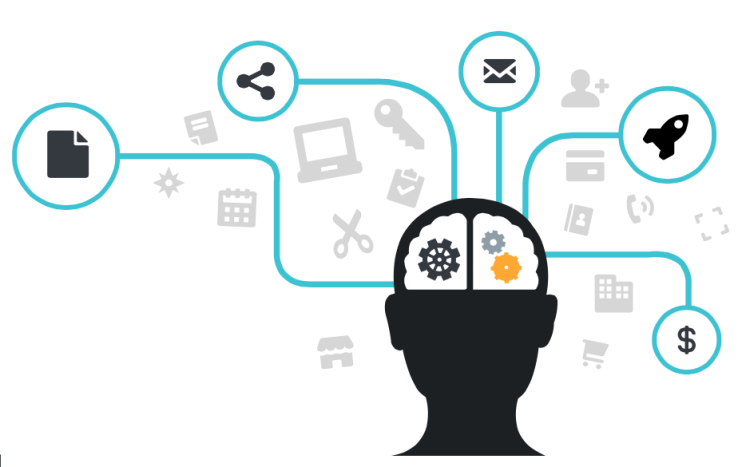 It may slip our notice, but technological innovation is often reducible to an innovation in the marketing and conceptualization of technology. Take Viv, the new personal assistant from the makers of Siri. It promises to simplify the process of ordering pizza or buying cinema tickets, allowing its users to perform such actions via a single voice-operated interface.

Like the earlier Siri, it’s being described as a “virtual assistant,” not least because it’s speech-operated and assists you in your daily, web-based business. Yet it could also be described as an “Internet intermediary,” or an “advanced search engine,” or an “online purchaser” since it will essentially serve as its users’ single point of contact for a host of websites and services, if not for most of the Internet itself.

That it’s classified as a “virtual assistant” rather than something like a “super search engine” is an important distinction, because the difference between the two terms encapsulates how technological advance is often an advance in what we say and think about technology. That’s not to say that there isn’t new code involved in Viv, but it is to say that the sense it or any similar app offers something radically new is partly engendered by the application of a new vocabulary to pre-existing kinds of technology.

This vocabulary involves such terms as “personal assistant,” “conversational technology”and “intelligent interface,” and it’s the introduction of this vocabulary into the world of search engines that’s largely responsible for making it seem as though Viv, or Siri, is doing something fundamentally different from what Google, Yahoo! or Bing is doing.

The thing is, Siri and Viv, or Cortana and M for that matter, are no more “personal assistants” than other technologies that apparently don’t warrant the name. Like Viv, your laptop is your “single point of contact” to the Internet, insofar as every website you ever access is accessed through your laptop. Like Viv, your web browser “assists” you in the purchasing of products, in that it executes the code that actually places your order after you’ve left-clicked your mouse or pushed Return.

Of course, neither laptops nor web browsers are quite the same as meta-search engines (or whatever you want to call them), but they still bear enough similarities to demonstrate that, more often than we realize, the difference between underlying technologies is exaggerated by differences of language and conceptualization.

While there are undoubtedly many technological breakthroughs that can’t be reduced in this way to linguistic and conceptual changes, it’s surprising how often apparent innovations depend on shifts in terminology and discourse.

To take another example besides “virtual assistants,” the financial world is currently busying itself with its own line in blockchains, aka distributed ledgers, which banks are rushing to design and test. However, as Chris DeRose noted in an article published last year by American Banker, “the technology powering distributed ledgers predates blockchains by well over 20 years.”

Here, DeRose is referring to the Paxos consensus algorithm and its more recent successor, Raft, which enables the nodes of a decentralized network to agree with each other on questions of value, and which will most likely be used in one form or another by financial institutions in building their distributed ledgers.

While such databases will incorporate consensus algorithms into their architecture and will therefore be largely based on technologies with a long pedigree, they’re nonetheless being referred to as these whole new entities: blockchains. This is somewhat misleading, because, aside from implying an affinity to the Bitcoin blockchain (which uses a different, proof-of-work consensus algorithm), it also implies a considerable break with the past that hasn’t really occurred, at least not on the technological level.

However, what has occurred is a considerable shift in the culture and context surrounding these consensus algorithms, a shift brought about by the ascent of Bitcoin. Together with its blockchain and its surrounding libertarian subculture, the cryptocurrency has altered how we conceptualize distributed ledgers and databases, thereby predisposing us to see an innovative product — a blockchain — where in fact there’s much that’s been around for years, if not decades.

This cultural influence isn’t uncommon, either, and with closer inspection it becomes clear that most technology has a conventional, socially constructed element that serves to re-frame its function and meaning. If nothing else, this is what social media teaches us; in many cases, the difference between a Facebook and a LinkedIn is simply the difference between socially conveyed norms on how to use the same basic software.

That is, we could very easily use LinkedIn in much the same way that we use Facebook, yet the socially disseminated knowledge that it’s “business-oriented” and used for “professional networking” leads us toward using it mainly to help our careers, transforming it into a business tool in the process.

Even beyond the conventions surrounding the use of social networking sites, it’s interesting how supposedly objective, scientifically engineered technology is dependent for its uses and purposes on subjective interpretations. For instance, Romex recently announced an app that will stop people from texting or calling when they’re driving their cars. It works by using our smartphones’ GPS systems to detect our speed and lock our phones if we‘re moving at more than four miles per hour.

The London-based firm intends it as a safety device, which is what it will henceforth be categorized as, but there’s nothing to stop us from using it on the train as an anti-procrastination gadget that makes sure we finally read A Brief History of Time rather than idly check our Twitter feed, or from using it to check whether our jogging pace remains above a minimum level. This is because the actual uses to which the app is put resides outside of the app itself, meaning that technological innovation very often depends on innovations in how we conceive of and exploit a particular technology (in this case GPS).

Still, this dependence testifies to the intimate relationship between technology and culture, to how technology has the power to reshape in turn the society that shapes it. This is evident in the example of the Bitcoin blockchain changing how the financial industry thinks about distributed ledgers and encryption, and it’s evident in how social media has changed our face-to-face relationships and political lives.

Yet the social construction of technology, its uses and its innovations, nonetheless warns us that we can’t expect new technology alone to be a panacea for the issues we all face in the 21st century. It reminds us that purely technological innovation is insignificant on its own, and that to generate the novel technologies that will truly change how we live and work, we also need to change how we think and act.

Print
Comments
About the Author
http://techcrunch.com/

Also read on this Blog 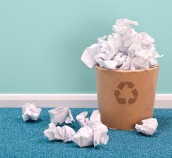 7 simple changes for a leaner and greener office 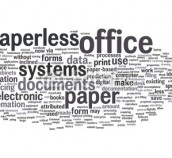 Why should your business invest into paperless office software solutions?